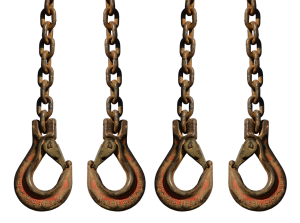 Are you looking to save some serious money on your Tow Truck Insurance in Dayton Ohio or nearby towns?

Our office is open Monday to Friday before 5:30 pm.

If you would like to request a free estimate on the rates you can expect for the type of Ohio Tow Truck Insurance you are looking for then speak with an agent over the phone or fill out the form that appears when you click or tap one of the links listed here:

In Our Last Article…

In part 20, we addressed the question of why the damage to Zeke and Robby’s tow trucks is not covered.

We saw that the exclusion explicitly denied coverage for damage sustained during any “racing or demolition contest or stunting activity, or while practicing for such contest or activity.”

So what has the fallout been in light of the insurance company’s decision? Let’s find out.

As we mentioned in an earlier episode, Robby’s boss Frank fired Robby as soon as he saw the damage estimates for his tow truck. In order to pay for the repairs to his truck, Frank had to postpone major plans to expand his business, a decision that will set him back for two years or more.

Meanwhile, Zeke’s boss Jesse is forced to fire Zeke and lay off another employee temporarily in order to manage the cost of purchasing a new tow truck.

If only Zeke and Robby had understood ahead of time that their towing contest would not be covered then they might have decided against such a risky activity.

We hope this scenario has been illustrative of the benefits of reading and understanding your Ohio Commercial Auto Insurance policies.

Don’t allow yourself to be caught in a claims scenario that could have been avoided because you were unaware that insurance coverage would not apply. Read your policy carefully and speak with one of our experienced agents if you ever have any questions about your coverage.

Visit one of the links below to access our quote form and start your free quote today.

If you offer Towing Services for your Auto Repair Garage or Dealership you need coverage to protect your business.

Not all companies will offering Commercial Auto Insurance for Tow Trucks so it is important to work with our agency as we have extensive relationships with top companies offering tow truck insurance coverage throughout the United States.

Click Find Out More below to learn about our Tow Truck Program available in all 50 states.

Garage Keepers Insurance – What Is It and Why Do I Need It?

Garage Keepers Insurance protects your customers’ vehicles while in your care, custody, and control. Assume you have in your possession up to 20 customer vehicles at any one time. Now let us assume vandals looking for fun decide to target your shop and they cause damage to customer vehicles in your backlot, who would pay for the damages if you did not purchase Garage Keepers Insurance?

You are responsible so do not neglect purchasing this important coverage.  Click Find Out More below.